WHILE OTHERS HAVE SPECTACULAR SUCCESS

Entrepreneurship is not for the faint-hearted. So if you truly, madly, deeply don't want to fail in business, then the only advice I can give is; don't play the game.

For those who dare, or feel compelled, to enter the world of commercial endeavour there is the prospect of earning truly spectacular rewards, but of course conversely that means there must be an equal chance of a similarly spectacular failure.

However, that does not have to be the case. In this book you will learn about the common mistakes entrepreneurs make, the less publicised ones, but also the pretty much hidden or overlooked ones that can creep up on you.

Knowing what these mistakes and traps are is one thing. As the saying goes "forewarned is forearmed," but  knowing exactly just how to prepare and 'arm" yourself is a different matter. The author points out with great skill  what you can and should do as both prevention and finding the cure.
Buy for £12.95 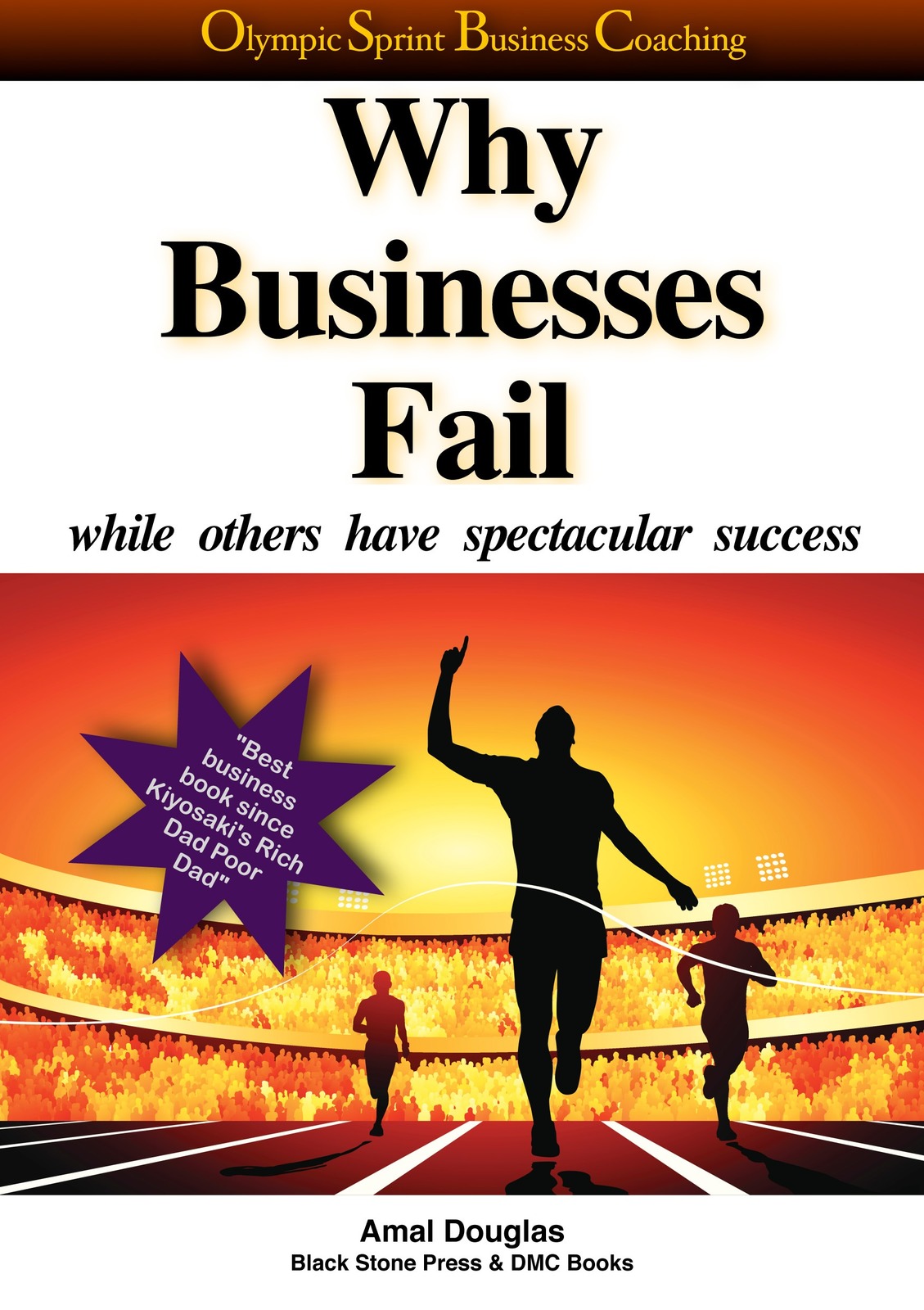 After continuing his professional accounting studies in the UK Amal Douglas held various posts in that profession and ended up in the city.  His first solo business venture was as a travel and shipping agent in Paddington, and has an entrepreneur he has never looked back since.
This experience has proved invaluable in his current role as an enterprise and fundraising consultant in which he advises major UK and international charities & NGOs, SMEs, new business startups and numerous trade support organisations.

He has previously written other books, including Zakat - Raising a Fallen Pillar and Why Businesses Fail, and also wrote and produced the stage play Diary of a 'Son of Africa.'  He is the Founder of the Open Trade Network, and also established Olympic Sprint Business Coaching, where he is the also the Senior Business Consultant.  he is a respected community leader and activist who has served on the board of many charitable and social organisations and enterprises.
Welcome!
Enter your info below to login.
Forgot your password?